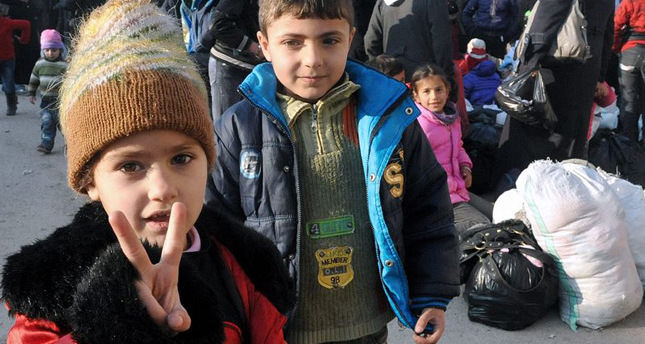 by AA
Apr 21, 2014 12:00 am
KAHRAMANMARAŞ — Turkey will establish residential area of prefabricated buildings for orphaned Syrian children over the age of 12 who live in Turkey and have refugee status, Family and Social Policies Minister Aysenur Islam told an AA reporter Monday.

"We will solve the Syrian orphan children problem by establishing a secure area near other refugee camps," she said. The minister also announced that the ministry had begun doing fieldwork to count the exact number of Syrian orphans over age 12.

The civil war, which emerged out of a popular uprising against the rule of President Bashar Assad in March 2011, has internally displaced 6.4 million people, and forced 2.5 million out of the country.

According to The Syrian Network for Human Rights, 14,629 children were killed in Syrian regime attacks against opposition forces since March 2011.

The vast majority of Syrian shelter-seekers have fled to Lebanon, Turkey, Jordan, Egypt and Iraq.