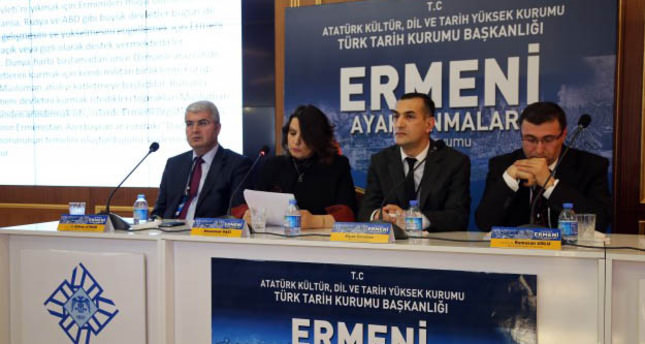 by AA Apr 21, 2014 12:00 am
ANKARA — Turkish historians will discuss claims about the genocide and forced deportation of Armenians in 1915, at a symposium on Thursday.

The chairman of the Turkish Historical Society said the historians will study documents obtained from British, American and German archives during the two-day event.

Metin Hulagu told the Anadolu Agency that academics across Turkey will meet in eastern province of Van, where Armenians were deported from after conflict in the province in 1915.

The Armenian diaspora and state of Armenia call the 1915 events a genocide and has asked for compensation. Turkey claims that while Armenians died during deportation, many Turks also died from attacks by Armenian gangs in Anatolia.