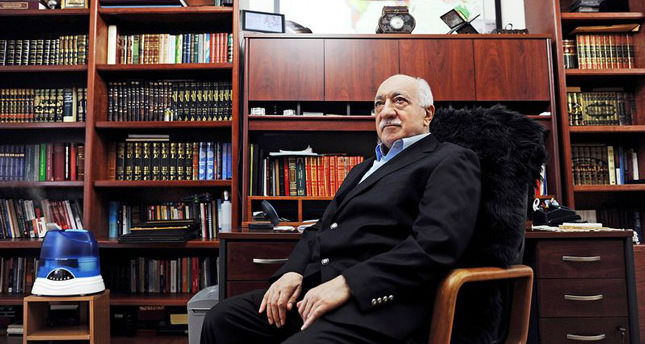 Eight Turkish nationals linked to the controversial Gülen Movement, including the CEO of Çağ Öğretim involved in the education sector, will be deported from Azerbaijan on the grounds of expired visas

ISTANBUL — Eight Turkish nationals affiliated with the controversial Gülen Movement will be deported from Azerbaijan on the grounds of expired visas, according to reports in the Turkish media. Among them are Enver Özeren, CEO of Çağ Öğretim, a company running Gülenist private schools in Azerbaijan, Ahmed Sanıç, rector of Qafgaz University linked to the Gülen Movement, and Bahri Topuz, the alleged "imam" or point man for the Gülen Movement in the Azerbaijani business world.

The Gülen Movement is an influential group that evolved from a religious congregation to a network of followers united by anti-government ambitions. It operates schools in numerous countries around the world, including Azerbaijan. Following the Dec. 17 operation, during which Gülenists launched a campaign against the government under the guise of a graft probe, the government moved to purge members of the organization in state and government agencies. According to unconfirmed media reports, the administration in Azerbaijan, which maintains close ties with Turkey, allegedly sacked a senior presidential adviser to President Ilham Aliyev over his ties to Gülenists and launched a probe into the activities of Gülenists in Azerbaijan.

A letter leaked online earlier this month revealed Gülenists' financial power and influence in Azerbaijan. In the letter, a follower presented a "financial report" of the movement's activities in Azerbaijan for 2013 to the movement's U.S.-based leader Fethullah Gülen. The report shows that the movement controls assets of over $2 million (TL 4.28 million) in the country and "presented gifts to influential people in Azerbaijan" worth $732,000, implying bribery, as well as expenses for "friends in state agencies."

The letter states that the movement has trouble transferring finances to Turkey "for obvious reasons," possibly referring to the fallout between the government and the movement, and asks for Gülen's advice on the matter.
Last Update: Apr 23, 2014 11:29 am
RELATED TOPICS