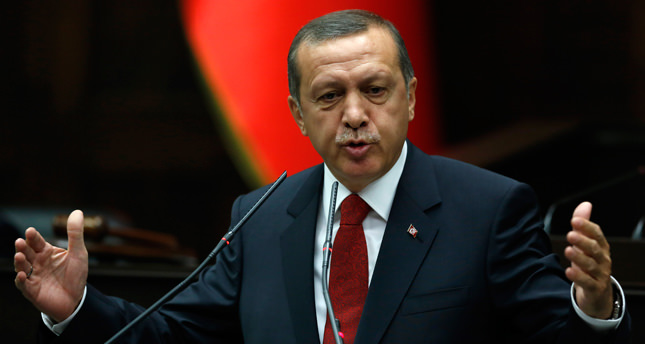 by Anadolu Agency Apr 23, 2014 12:00 am
ANKARA — Turkish Prime Minister Recep Tayyip Erdoğan on Wednesday offered condolences to the descendants of the victims of the mass killing of Armenians during World War I.

Erdogan's statement, on the eve of the 99th anniversary of the start of mass deportations of Armenians in 1915, was the first such overt comment by a Turkish leader over the killings.

"The incidents of the First World War are our shared pain," said Erdoğan in a statement.

"It is our hope and belief that the peoples of an ancient and unique geography, who share similar customs and manners will be able to talk to each other about the past with maturity and to remember together their losses in a decent manner.

Armenia has been trying to get Turkey to recognise the killings of up to 1.5 million people under the Ottoman empire as genocide. But Turkey says 500,000 died of fighting and starvation during World War I and categorically rejects the term genocide.