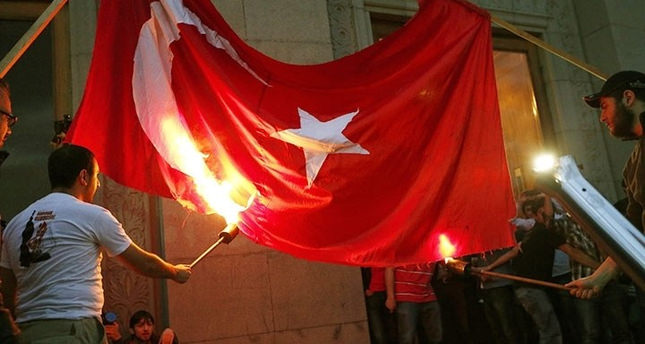 by daily sabah
Apr 25, 2014 12:00 am
YEREVAN, Armenia — Armenian anti-peace radicals burned a Turkish flag during a demonstration for the 99th Armenian genocide anniversary.

Turkish Prime Minister Recep Tayyip Erdoğan offered his condolences for the 1915 events earlier on Thursday which the world media welcomed. However, a group of Armenian radicals rejected Erdoğan's olive branch offer by burning a Turkish flag.