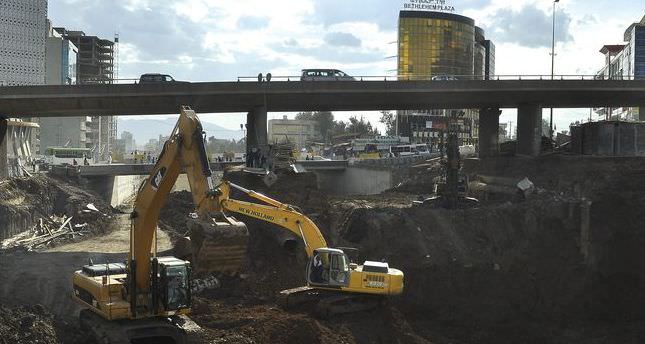 by daily sabah
Apr 25, 2014 12:00 am
ISTANBUL — After the project is completed, Azerbaijan will establish a logistical hub in Kars, where more than 300 people will be employed to store goods imported by Azerbaijan and other Central Asian countries.

Experts predict the new railway line will boost trade between Central Asia and Turkey and attract more investment to the region, which is low due to the lack of transportation facilities. The new railway line is also expected to increase tourism in the region. Experts predict that the railway will serve more than 3 million passengers and carry 17 million tons annually by 2030. "Countries in the region are impatiently waiting for the opening of the line.

All wish to benefit from the project," said an officer from the Turkish State Railways Authority. An official from the Azerbaijani government spoke to the press in his country and stated the railway will bring with it not only greater trade but also peace and stability.