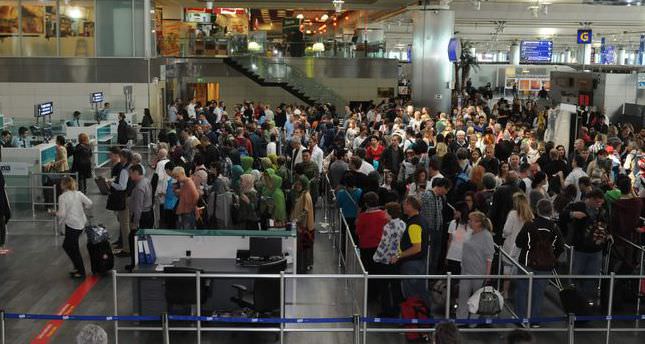 by Anadolu Agency
Apr 25, 2014 12:00 am
ANKARA — New Zealand and Chinese media reported New Zealand's government will soon offer a new three-year, multipleentry visa to make it easier for Turkish citizens on business trips to visit. Immigration Minister Michael Woodhouse made the announcement on Thursday during a visit to Turkey to discuss next year's events for the centenary of the Gallipoli landings by the ANZACs (Australian and New Zealand Army Corps) during World War I. "Both of our governments have committed to building deeper ties as we look toward, and beyond, the centenary commemorations of Gallipoli next year," Woodhouse said in a statement from his office. Turkey was New Zealand's 44th largest trade partner with bilateral trade valued at about 209 million NZ dollars (TL 385.5 million) a year. The three-year, multiple-entry visa is designed to encourage more trade between the two countries, as well as facilitate travel to New Zealand for business travelers and diplomatic visitors.