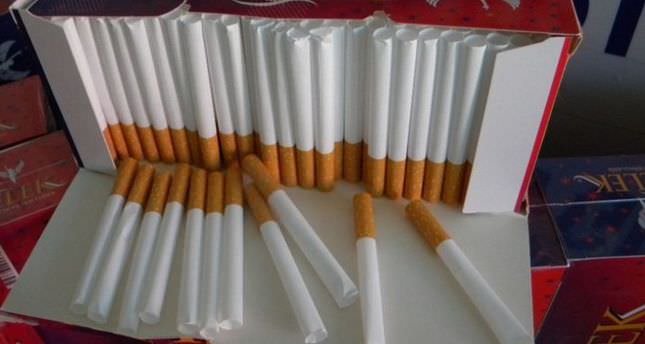 by Apr 25, 2014 12:00 am
KİLİS, Turkey — The Turkish Army said border troops confiscated 46,200 packs of bootlegged cigarettes in the southern province of Kilis yesterday. Troops were patrolling the Turkish-Syrian border but it is not known whether the smugglers involved in the transportation of the cigarettes were captured.

Turkey is fighting against a thriving bootlegged cigarette market. Despite security forces' daily operations to seize thousands of boxes of cigarettes, supply and demand for these cheaper cigarettes remains steady.