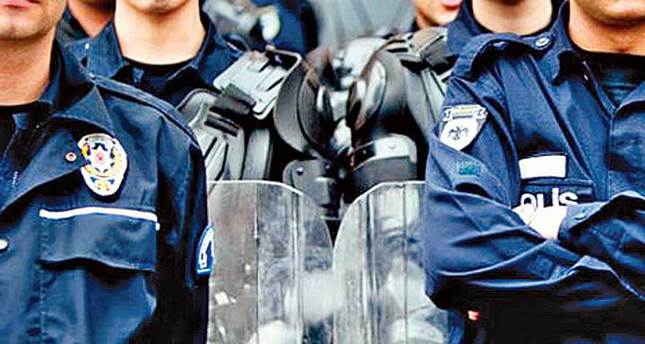 Police officers who received a wage cut because they were suspended or demoted as part of investigations launched into the Dec. 17 operation are being subsidized by the controversial Gülen Movement, according to reports

ANKARA — The Gülen Movement paid their affiliated police officers who were suspended after the Dec. 17 operation, which was an attempt to discredit the AK Party government.

Officers paid by the Gülenists confessed to the payments to police inspectors investigating illegal wiretapping by police officers linked to the movement.

The movement allegedly collected money by raising funds they refer to as "himmet." "Himmet" was collected from active-duty police officers in 15 cities. Policemen were paid TL 3,000-3,500 monthly, while high-ranking officials were paid TL 4,000-5,000 during their suspension.

The movement reportedly hoped they would be reinstated to their previous position; thus, they tried to keep them loyal to the movement and not move on to other jobs.

Interior Minister Efkan Ala said earlier this month that there were 180 ongoing investigations in various cities regarding illegal wiretapping by the "parallel organization," a name used by the government to describe the movement's infiltrators within the judiciary, law enforcement and other agencies.

One third of suspended police officers' salaries were cut after their suspension. The Gülen Movement allegedly paid those officers' outstanding debts and handed out the abovementioned wages.

Officers confessing their ties to the movement, told inspectors that they sought to withdraw from the Dec. 17 operation days before it started, but the movement convinced them to continue. They said that after the suspension, their superiors motivated them by saying, "The government will collapse" after the elections.