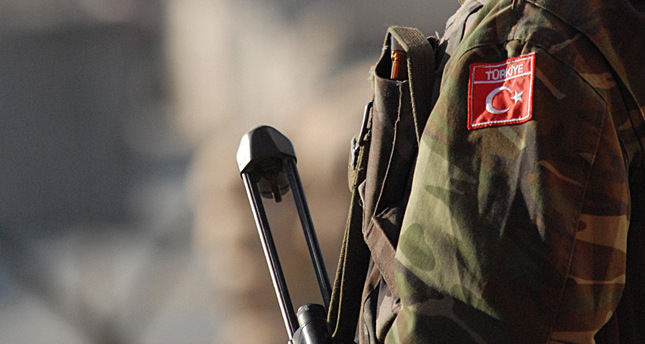 by Apr 27, 2014 12:00 am
ISTANBUL — An armed Kurdish group has abducted two Turkish soldiers in the southeast of the country, the state-run Anatolia news agency reported Sunday. The abduction took place late Saturday, after the jailed leader of the outlawed Kurdistan Workers' Party (PKK) issued a statement warning of a possible return to violence.

However it was not clear whether the kidnappers were linked to the PKK, which declared a landmark truce with the Turkish state last March. Anatolia said the assailants seized the soldiers after stopping a bus on a highway near the town of Lice which had been blocked by Kurdish protesters demonstrating against the construction of a military outpost.

According to the Firat news agency, a PKK mouthpiece, the group said it would not release the soldiers until the authorities announced that construction of the post was halted. An operation was under way to find two soldiers, Anatolia said. The PKK has abducted Turkish troops in the past during its armed insurgency seeking self-rule in the southeast.

Pro-Kurdish media outlets reported that the demonstration, which has been going on for five days, turned violent on Saturday when soldiers clashed with protesters and briefly opened fire on their tents. No one was killed or injured. The Kurdish peace process stalled after the rebels announced in September they were suspending their retreat from Turkish soil, accusing the government of failing to deliver on promised reforms.

"There is both the opportunity for a profound resolution and possibility of clashes in the current process," Ocalan said in the statement relayed Saturday by pro-Kurdish lawmakers who visited him in his prison cell.