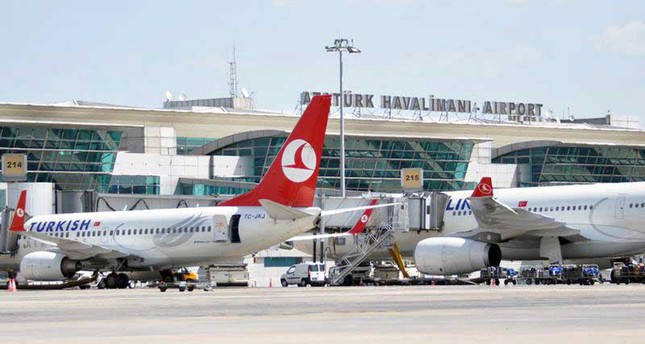 by Daily Sabah Apr 28, 2014 12:00 am
ISTANBUL — Having quickly leapt over the last five years to become an air travel hub on the list of international airports, Atatürk Airport is rushing toward new records.

The airport is known to have the most dense plane traffic. On Friday, April 25, 131,662 passengers transited through the airport with traffic of 1,248 planes, which breaks the world record. General Director of the State Airport Authority (DHMİ) Orhan Birdal said, "I congratulate all airport personnel and the DHMİ which served smoothly in the dense traffic at Atatürk Airport.

"Atatürk Airport succeeded to rank 18th in the world in passenger traffic in 2013 and fifth in Europe.