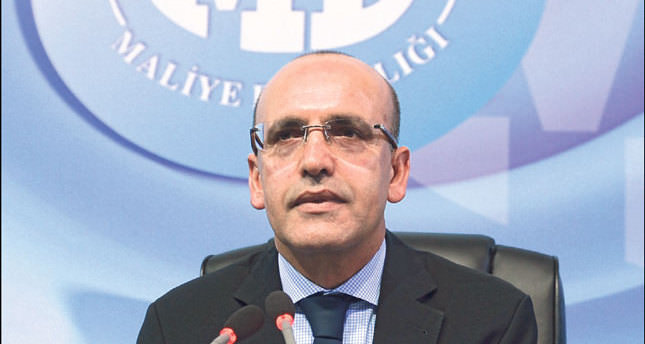 During its 12 year rule, the $58.3 billion worth privatizations of the AK Party government not only gained revenue for the treasury, but also improved the quality and extensity of services at large

TURKEY — Turkey's Finance Minister Mehmet Şimşek announced on Saturday that Turkey's treasury gained $12.5 billion (TL 26.67 billion) from privatization efforts in 2013. Şimşek made the comments while visiting Qatar for a meeting with financiers looking into investing in Turkey. He said that prominent investors have an increasing interest in Turkey and upcoming meetings in Qatar, Kuwait and United Arab Emirates may spur further interest.

The minister highlighted that highly successful privatization efforts have been made under AK Party governments and added that their goal is to facilitate privatization which is beneficial for both the public and private sectors by protecting the rights of individuals.

Şimşek noted that they have attached a great amount of importance to the timing and pricing of the privatization. "As a result of our negotiations, I can clearly say that both domestic and foreign interests are at a high level. All in all, I believe that 2014 will also be a successful year in terms of privatization through transparent and competitive tenders as usual," said Turkey's finance minister.

Şimşek stated that the total amount transferred to the treasury and related institutions since privatization efforts began in 2002 totaled $58.3 billion. "Those privatizations were not just intended to raise income.

Rather, those privatizations provided solutions for structural problems of various sectors, primarily the energy sector," Şimşek told reporters. Citing the privatization of the facilities and institutions in the power sector, the minister underlined that the public does not have any shares in the sector as a result of privatization. "Power generation and distribution companies were not effectively and efficiently run while they were in public control. Due to low rates, cash proceeds and high rates of leakage loss, public distribution companies could not pay the whole cost of energy they bought from TETAŞ, the former electric generation directorate in Turkey. Thus, the burden of debt increased and the problem of cash flow arose between state-owned energy enterprises. That was an unsustainable structure," Şimşek said.

Şimşek noted that private power distribution companies buy power from both the state and private producers and this has led to a remarkable improvement in cash flow in the sector. "Both the people and the state came out ahead. Apart from that, a considerable increase was seen in collection rates of private distribution companies," Şimşek remarked. The minister also said the government will steadfastly continue to make successful privatizations with regard to the current positive indicators. He offered further information about privatization projects which will come into force in the near future. "Stability in privatizations, the professional approach, correct timing,
appropriate pricing, transparency and open competitive environment automatically brought demand and an increase in prices. "In addition to state owned companies, assets and franchises are also in our privatization agenda like games of chance," the minister said.

He further noted that Haydarpaşa Port, which is the first railway terminal on the Asian side of Istanbul built in 1908, will be included in the privatization schedule and take place among attracting privatization projects. Speaking to Daily Sabah, Ömer Cihad Vardan, chairman of the Economic Development Foundation said, "Turkey set economic goals for 2023, the 100th anniversary of the Republic of Turkey, such as reaching $500 billion in exports and being one of the top 10 world economies. To achieve these goals Turkey is supposed to attract a great deal of foreign investment which can only be brought by liberalization of the business environment in Turkey.

According to a press release by the Ministry of Finance, Şimşek will visit Qatar, Kuwait and the United Arab Emirates as part of a five-day program to meet representatives of Gulf funds and international investors. "The Gulf region has to export capital in addition to petroleum and natural gas. It is not possible for them to use their foreign trade surpluses among themselves. That is why, Turkey bears importance for them," stated Şimşek.