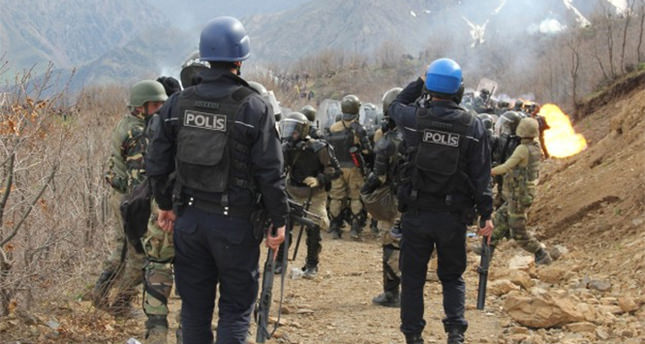 by AA
Apr 29, 2014 12:00 am
UNITED NATIONS — Some 20.000 law enforcement officials from 54 countries, were provided with vocational training by the Turkish National Police between 1997 and 2013, a Turkish diplomat told the UN Security Council on Monday.

The Police Vocational training center in Sivas in the central part of Turkey has trained hundreds of police officer candidates mainly from Africa, the Middle East and Central Asia, said Levent Eler, deputy permanent representative of Turkey to the UN, in his address to the Security Council.

Turkey was among 41 UN members state who participated in the whole day open debate on the UN security sector reform held at the Security Council under Nigerian presidency. The Secretary General Ban Ki-moon addressed the council as well.

Bilateral agreements have been signed on various aspects of support to security reform with a large number of countries including Iraq, Democratic Republic of Congo, South Sudan, Somalia, Mongolia, Libya, the Ivory Coast, and other countries in Southeastern Europe, Central Asia and Africa, Eler said.

More than 1,500 Afghan National Police cadets have been trained since 2011.

At the same time, the Turkish International Academy Against Drugs and Organized Crime established in cooperation with the UN Office on Drug and crimes has the specific task of fighting organized crime. The academy has been helping countries in need boost regional efforts in combatting drug trafficking.

And Turkish peacekeepers continue to serve in various UN, NATO and EU missions across the globe, Eler said.

One of the most important issues on post-conflict peace building relates to the "ways and means" the viability of peace is ensured, Eler said. Therefore, Turkey attaches particular importance to UN security sector reform.

Solutions in the field of security sector reform can be viable, "only if they are applied within a comprehensive framework of peace building, comprising of several elements in the humanitarian, development, democratization and governance fields," Eler said.

He said Turkey already employs this "comprehensive, multidimensional and synchronized approach" in countries such as Somalia, Southeastern Europe and Afghanistan.