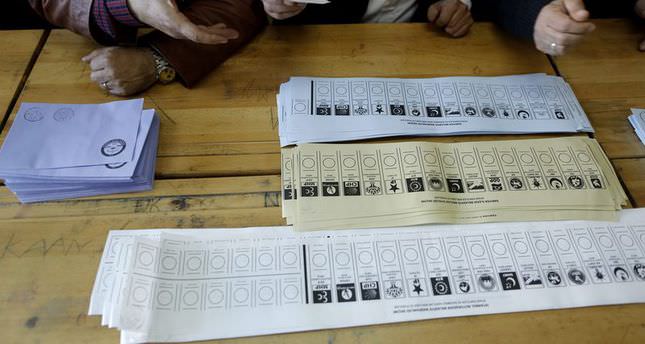 by Daily Sabah Apr 29, 2014 12:00 am
ISTANBUL — For the first time in its history, Turkey is gearing up to elect its president by popular vote. It will also be the first time since a 2012 amendment that introduced new election reforms that Turkish citizens living abroad will be able to vote. As of yet, Turkish people residing abroad had to vote on Turkish borders or airports, but in the upcoming presidential elections they will be able to vote in countries where they reside.

"We [the AK Party] are trying to carry out person-focused politics. We are trying to reach out our own election areas, other parties' election areas and countries that Turkish citizens reside in," said Satır.She added that the AK Party introduced Turkey's agenda, its place in world conjuncture to Turkish people living abroad and tried to understand and find solutions to their problems.

Addressing Turks abroad, Satır stated that they should not be assimilated but should be integrated by taking part in society's decision making mechanisms, including local politics and central politics.

Highlighting that the Supreme Election Board (YSK) is well prepared to ensure the security of Turkish citizens going to the ballot box, Satır said Turkish people living abroad are interested in the upcoming presidential elections and are following every political issue in Turkey.
Working to ensure the integration of European Turks including different ethnic groups into European society while preserving their own identity, the Germany- based Union of Turkish-European Democrats (UETD) has also been carrying out activities to ensure Turkish citizens' voting safely. UETD Switzerland office head Hasan Emre Yılmaz said as part of the presidential election campaign that UETD is working hard to register Turkish people living abroad on electoral rolls.

YSK figures suggest that 2.6 million voters are currently living abroad, including 1.5 million Turkish citizens in Germany and 85,000 in the U.S. This rate forms 5 percent of overall Turkish voters, which stands at 50 million for the upcoming presidential election. According to previous figures, 7 percent of Turkish citizens living abroad totaling 2.6 million voted on Turkey's border, yet this percentage is expected to increase to 95-97 percent through the latest election reform.Turkish citizens living abroad may also still vote on the borders. Citizens abroad will have four days to vote for from Aug.7 to Aug. 10. Since the amendment over presidential elections mandates a second round if a candidate isn't elected with an absolute majority in the first round on Aug. 10, Turkish citizens will be able to return to the ballot box between Aug. 21 and Aug. 24 for a second round. It is also reported that in Germany, France and Holland, which have significant numbers of Turkish citizens, Turkey is holding talks with sports facilities, schools and fairgrounds that can be used as election areas on the grounds that Turkey's diplomatic buildings in these countries will be inadequate. Turkish citizens can check their registrations on the YSK website.
For those who have no registration, they can update their registrations with an address declaration through their respective consulates. As part of election campaigns, Turkey's ruling AK Party leader and Turkish Prime Minister Recep Tayyip Erdoğan and the main opposition Republican People's Party (CHP) leader Kemal Kılıçdaroğlu are scheduled to visit European countries to address Turkish citizens. Erdoğan is preparing to visit European countries in May to address the Turkish people there, including in Germany, France and Holland. Kılıçdaroğlu is expected to visit Germany, England and France.