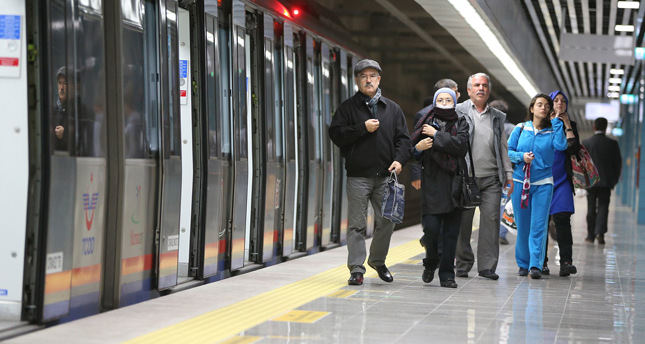 by AA
Apr 30, 2014 12:00 am
ISTANBUL — The Marmaray tunnel that connects Istanbul's Asian and European sides has transported 21.5 million people since its opening, the Turkish Statistical Institute said.

The Marmaray opened on the 90th anniversary of Turkish Republic's foundation on October 29 and, according to Turkish State Railways, around 175,000 people use the increasingly popular tunnel every day.

The 13.6-kilometer-long tunnel is 60 meters below the sea and allows travellers to cross from Istanbul's European side to the Asian side in four minutes.

The idea of a railway tunnel underneath the Bosphorus Strait was first introduced by Ottoman Sultan Abdulmedjid in 1860.