Ministry of Labor warns of provocations on May 1 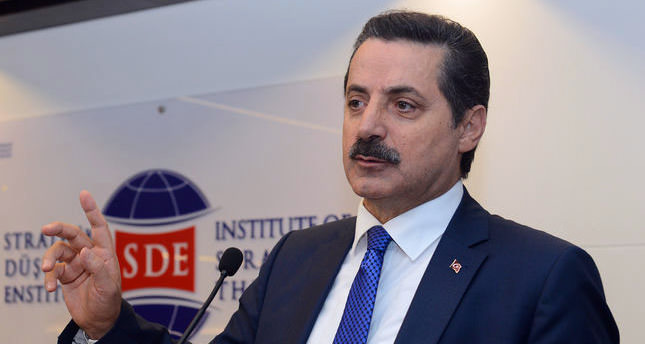 by AA
Apr 30, 2014 12:00 am
ANKARA — Ministry of Labor and Social Security on Wednesday called on the country's trade unions to give up their demand for holding Labor Day rallies in Istanbul's Taksim Square in a bid to prevent the day to be marred by 'provocations.'

In a conference titled "Ten Years of Work Life in Turkey" at the Ankara-based Institute of Strategic Thinking, Faruk Çelik said the government had taken numerous steps in favor of laborers including the declaration of the previously banned day as an official holiday – the 'Day of Labor and Solidarity.'

He said Taksim was not appropriate for such a big meeting and there were two proper rally squares in Istanbul.

Istanbul governor's office said Taksim Square would not be open to May Day demonstrations due to intelligence reports which indicate that "illegal terrorist organizations" would provoke violence against security forces.