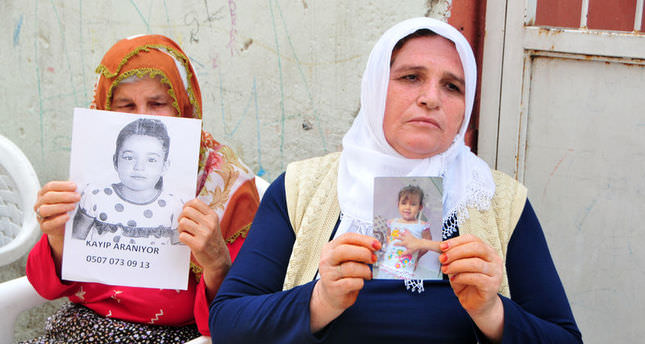 by Daily Sabah Apr 30, 2014 12:00 am
ISTANBUL — Gizem Akdeniz, 6, went missing on Sunday in Adana after her mother left her at home with her older siblings. The little girl left home for the playground on Sunday afternoon and hadn't been heard from since then. The police launched a manhunt to find the missing girl but their efforts proved futile.

An eyewitness told police that Gizem was walking with S.A., 25, whose name was not revealed, a nephew of Gizem's father.

After being interrogated by police, S.A. confessed to murdering the girl. He said he committed the murder as revenge for Gizem's father not allowing him to marry one of Gizem's older sisters. The suspect told police he first stabbed the girl and then burned her.


The girl's body was found on a hill. Umut Zambak, 9, went missing last Friday in Akhisar, a district of the western city of Manisa.

His body was found in an empty water well yesterday.