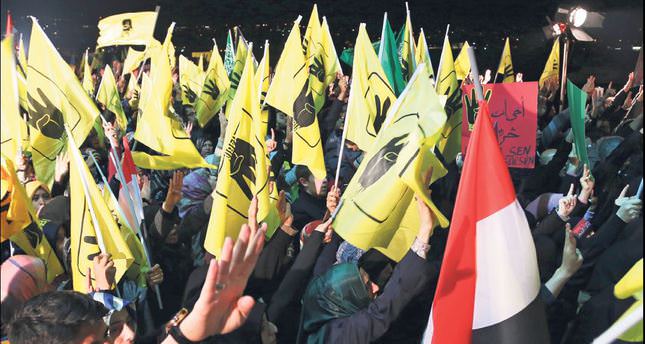 by Daily Sabah May 01, 2014 12:00 am
ISTANBUL — The presidents of 43 universities in Turkey wrote a joint letter to Egypt's Grand Mufti Shawki Ibrahim Abdel-Karim Allam urging him to intervene to stop the execution of hundreds of Muslim Brotherhood supporters. Though the mufti is the top Islamic authority in Egypt, he has no authority to suspend the sentences. However, the courts are required under the Egyptian constitution to present the rulings to the mufti. The death sentences for 683 people were referred to the office of the Grand Mufti by the court for review. Presidents from Turkish state and private universities urged Allam to act with tolerance and justice while assessing the sentences.

The university presidents noted that people in Turkey and Egypt had historical, cultural and religious ties and Turks were concerned about developments in Egypt for that reason. "This letter is written with good will and as a reflection of our moral, legal and intellectual responsibilities. Egypt has been the host of many civilizations throughout history and made unique contributions to the development of Islamic thought. All developments in your country affect other Muslim countries and communities. We cheer when people of Egypt cheer and we share their grief as well.

A local court sentenced 529 people to death on March 24 and execution for 37 of them was approved. Now, we learnt that 683 people were also sentenced to death.

We harbor hope that you will act fairly and justly in suspension of those sentences," the letter reads. The presidents said the execution of the sentenced Egyptians would "deeply hurt Egypt and the Muslim world and deal a blow to justice and trust." In the letter, the presidents said the civilians sentenced to death were simply expressing their demands for justice and a civilian regime in an innocent and legitimate way and it is "against law, conscience, morals and religion to punish them." The office of the Grand Mufti is formally part of the Ministry of Justice in Egypt but the mufti's ruling is not binding. The court can ignore his ruling or accept it.