Turkey ranks high among countries where antimicrobial resistance is rising 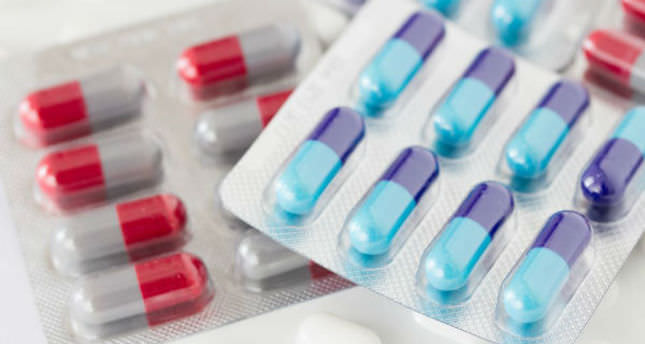 A statement by the WHO on the occasion of the report's release said antimicrobial resistance threatened the effective prevention and treatment of an ever-increasing range of infections caused by bacteria, parasites, viruses and fungi. "A postantibiotic era - in which common infections and minor injuries can kill - far from being an apocalyptic fantasy, is instead a very real possibility for the 21st century," the statement read. Seven different bacteria-causing pneumonia, diarrhea and infections were examined for the WHO report that found two basic antibiotics used for the treatment of more than half of the diseases prevalent in some countries were no longer effective. Turkey, where unprescribed drug use is common even for slight ailments such as influenza, is high on the list of countries where almost all kinds of bacteria are now resistant to medication. According to the report, the percentage of resistance of Escherichia coli (E. oli) bacteria that causes intestinal diseases to antibiotics with active the ingredient of cephalosporin is 43.3 in Turkey, a number only higher than Macedonia and regarded alarming by the WHO. Antibiotics with fluoroquinolone have a resistance rate of 46.3 percent against the same bacteria in Turkey, the highest in the world.

In terms of resistance to Klebsiella pneumoniae, bacteria associated with lung diseases, Turkey shares a spot with Serbia, Macedonia and Lithuania as countries with the highest resistance to antibiotics with the active ingredient of cephalosporin.

Antibiotics also show a weak resistance to Methicillin-resistant Staphylococcus aureus (MRSA), common bacteria in Turkey. The resistance is at 31.5 percent in Turkey, according to the WHO report, an alarming figure compared to European countries. Drugs with penicillin are no longer effective against streptococcus Pneumoniae that causes pneumonia, meningitis, ear infection and sinusitis, according to the report. Turkey has a resistance rate of 44.8 to this bacterium.

The level of antibiotics consumption is way higher in Turkey compared to other countries.

An individual consumes 42 units of antibiotics according to Health Ministry statistics from 2013, while this figure is only 14 units in the Netherlands.