Gülenists to be a focus of US-Turkey relations 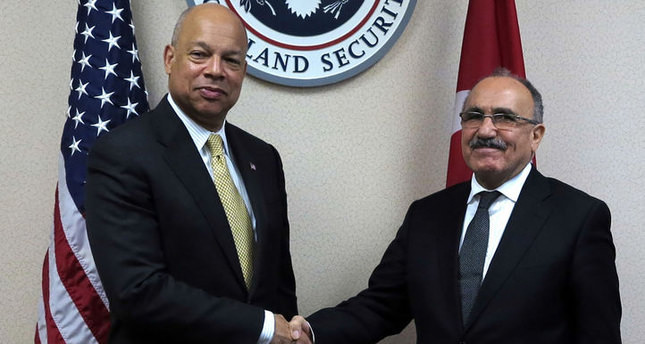 by AA May 04, 2014 12:00 am
ANKARA — The Gülenists are an important issue in Turkey-US relations and will continue to be on the agenda for a long time, Turkey's Deputy Prime Minister Beşir Atalay said on Sunday.

In a televised interview on private 24 TV, Atalay reffered to Turkish Prime Minister Recep Tayyip Erdoğan's recent statement that legal action would be initiated for the extradition of the U.S.-based controversial imam Fethullah Gülen.

The Turkish government has accused the Gülen movement of forming a 'parallel state' comprising bureaucrats with hidden agendas.
"As we said earlier, no country will allow such parallel structures for the sake of its safety," said Atalay.

The group is also accused of conducting illegal wiretappings of thousands of people in Turkey. Atalay said the government would take legal action against those who wiretapped phones. "It is a major issue for the government," he said.

"Our prime minister has been betrayed by the people he trusted; people to whom he gave assignments dared to eavesdrop on him," he said.

The Gülenists are allegedly behind a number of operations which the Turkish government says has damaged its reputation over the last three years, including a series of anti-graft probes last December targeting government allies.