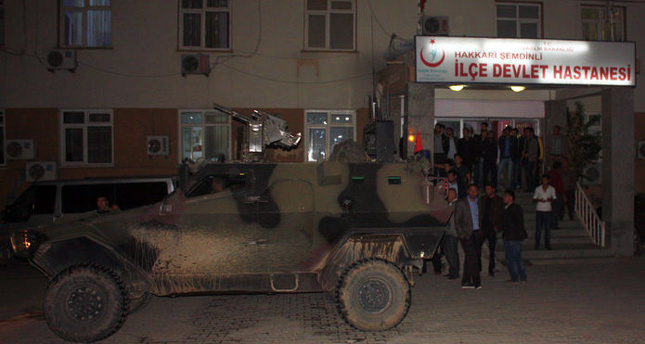 by May 06, 2014 12:00 am
HAKKARI — Three soldiers were killed and eight others injured when an armored military vehicle plunged into a cliff in the southeastern Turkish province of Hakkari's Şemdinli district late Monday. All three casualties were specialist sergeants.

In a related development, five soldiers were injured when another military vehicle on patrol overturned in the southeastern province of Gaziantep late Monday.