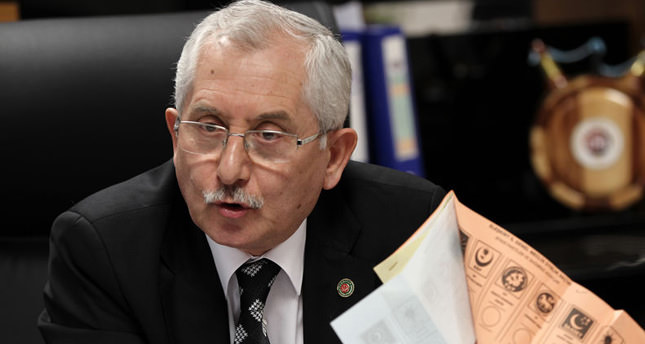 by AA May 06, 2014 12:00 am
ANKARA — Turkey's ruling Justice and Development Party has officially been declared the winner of the March 30 local elections.

The chairman of the Supreme Electoral Board, Sadi Guven, announced the official results, as of 1 May, during a press conference Tuesday.

Guven recalled the voter turnout was 83 percent in the 2009 local elections.

He said a total of 418,369 ballot boxes were used across Turkey.

The chairman maintained that the local elections were cancelled in two provinces, five districts and two towns and the voting will be re-held in 13 places on June 1.

As for the objections of political parties over the election results, the board accepted six out of 131 appeals from the ruling AK Party, five out of 87 from the main opposition CHP, five out of 50 from the opposition MHP, and one out of 10 from the Felicity Party.

Turkey now heads towards a presidential election in August, followed by general elections in 2015.