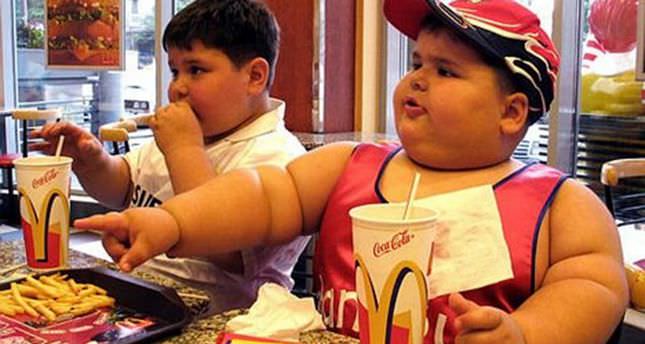 The number of obese citizens in Turkey has reached almost 20 million according to a new survey. While this health condition is plaguing the population as a whole, particularly young people are being hit especially hard

The number of obese citizens is nearing 20 million in Turkey, according to a survey by the Turkish Association of Obesity Research, an alarming number for a country where a sedentary lifestyle has come to dominate the lives of millions, particularly the youth.

Tayfun Sungun, a founder of Diyetkolik, a website specialized in diets, said 37 percent of the population is overweight and 32.8 percent is obese, with obesity rates having increased 34 percent for women and 107 percent for men over the past 12 years. Sungun notes that there are over 4,000 dieticians in the country of 76 million and another 1,500 dieticians will start practicing this year.

Dieticians are paid at least TL 45 per session, according to Sungun, and this fee adds up to about TL 400 per month on average per client. "Total spending to get thinner, spending on diets, gyms and other services amounts to $5 billion a year and this figure does not include plastic surgeries and surgeries against obesity. For instance, a liposuction surgery only for the stomach costs about TL 5,000 and this price rises to about TL 10,000 for surgery on waist and hips," Sungun said.

The Ministry of Health has an obesity prevention campaign to battle increasing obesity levels in the country, encouraging citizens to adopt a healthier lifestyle by jogging daily, taking to bicycle riding and preferring healthier foods. Turkey has seen a rise in awareness over the debilitating condition with recently established online initiatives bringing together patients and dieticians. Some sites also provide meals developed by dieticians to your door. A survey among 600 children from across Turkey in recent months found that 12 percent of grade
school students aged seven to 12 are overweight. Turkish children increasingly avoid physical activity, according to reports on obesity.
Experts attribute high obesity figures to parents who do not exercise daily and set a bad example for children.

According to surveys, grade school students spent less than two hours outdoors on the weekends and even less time during the week. Increasing obesity rates are also attributed to more time spent watching television
and other indoor activities.