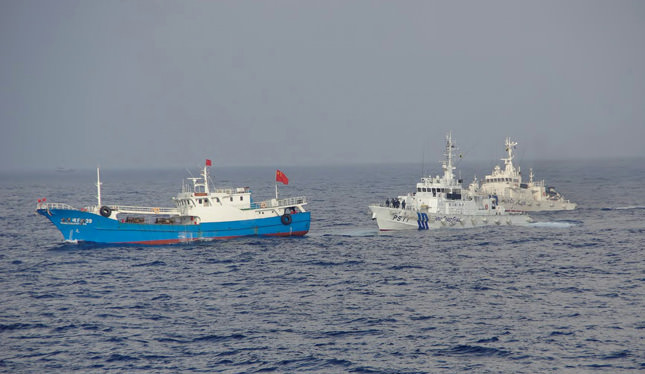 MANILA — The Philippines defended its arrest of Chinese fishermen in waters disputed with in the South China Sea as a move to enforce maritime law and "uphold sovereign rights."

The Philippines on Tuesday intercepted a Chinese fishing boat off Half Moon Shoal in the Spratly Islands and arrested 11 fishermen after they found 350 marine turtles, said to be endangered species.

"Relevant authorities ... will address this case in a just, humane and expeditious manner," the foreign ministry said in a statement.

China claims almost the entire oil- and gas-rich South China Sea, rejecting rival claims to parts of it from Vietnam, the Philippines, Taiwan, Malaysia and Brunei. It also has a separate maritime dispute with Japan.