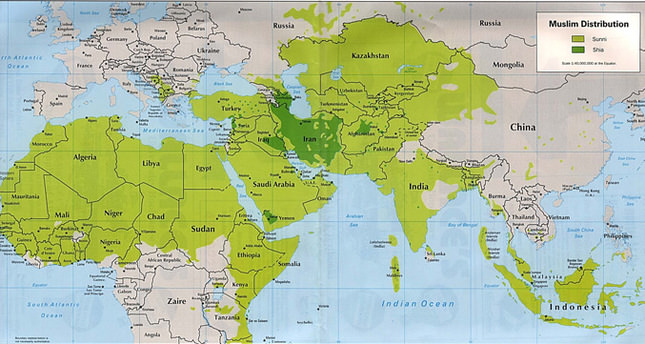 by AA May 07, 2014 12:00 am
ANKARA — Turkey's president has called on Muslim countries around the world to liberalize trade among themselves and reduce customs barriers as soon as possible. In his opening statement to the 30th meeting of the Organization for Islamic Cooperation (OIC) on Wednesday, Abdullah Gül said that Islamic countries had yet to capitalize on such potential. He said: "We need to liberalize trade among member countries and mitigate barriers for customs as soon as possible.

The OIC Trade Preferential System is a crucial step towards this objective. "Even though preparations for the implementation have been finalized to a considerable extent, I regret to say that this important agreement has not been operationalized," he said in Ankara on the opening day of the OIC's Follow-up Committee for Economic and Trade Cooperation (COMCEC). He pointed out that the number of Preferential Trade Agreements in operation around the world had increased from 70 in 1990 to 258 in 2013.

"I would like to call upon all member countries to accelerate the ratification process of the Trade Preferential System agreements and make necessary arrangements when it comes to the implementation stage", Gül added. "We need to lift the trade barriers on one hand - and attach particular importance to structural reforms, social peace, innovation and development of a well-qualified culture of production - and ensure fair income distribution on the other."

"Sustainable development and welfare cannot be possible if it were not for the aforementioned factors," Gül said. - 'Tangible values' The president also called on member states to provide active support for financial cooperation. He stated: "Islamic financial instruments, which leave no room for speculative activities and are based on tangible values, are highly promising." Global interest-free banking assets are expected to surpass $2 trillion in 2014.

Experts in Islamic finance have said that, despite positive developments, moving forward in the deteriorating global economic environment helped exacerbate a shortage of education and product awareness. Legal and tax issues are other challenges facing Islamic banking. While assets of the Islamic finance industry are projected to amount to US$6.5 trillion by 2020, Gül added that poverty was the main problem that Muslim countries faced. "We need to fight against poverty across Islamic countries. The funds and programs introduced to prevent poverty within the COMCEC region are of major importance," he said. The Standing Committee for Economic and Commercial Cooperation of the Organization of the Islamic Cooperation (COMCEC) is the main multilateral economic and commercial cooperation platform of the Islamic World.