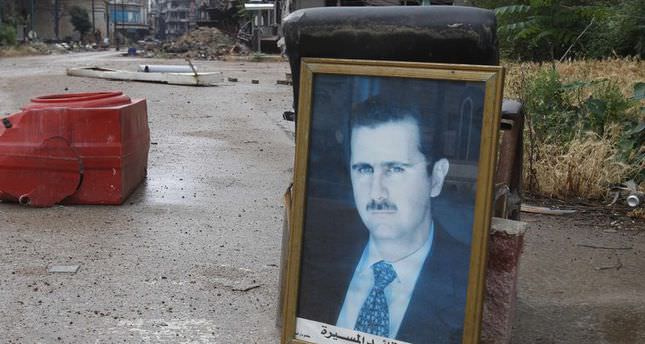 by AA May 09, 2014 12:00 am
ANKARA — Syrian refugees in Turkey have reacted strongly to Syrian President Bashar Assad's candidacy for the June 3 presidential election.

Syrians who live in Akcakale district of Sanliurfa province in southeastern Turkey, on Friday described Assad's running for president as "terrifying."

Syrian refugee Valed Baktash told Anadolu Agency, "Assad and his father have oppressed their own people for 43 years. We could not talk about a fair election in a situation where more than two million Syrians are now registered as refugees in other countries."