Inspections of Soma coal mine show no reason for fire 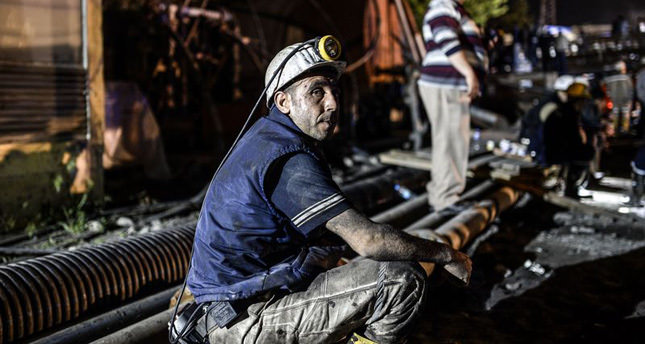 by Daily Sabah May 13, 2014 12:00 am
ANKARA — The Ministry of Labor and Social Security stated after the tragedy of the Soma coal mine fire in the western province of Manisa, there were no circumstances that were contrary to legislation since being inspected from 2012 until now.

A fire in the coal mine killed 20 miners on Tuesday and rescue workers said as many as 300 more may still be trapped. "They are pumping oxygen into the mine, but the fire is still burning. They say it is an electrical fault but it could be that coal is burning as well," Tamer Kucukgencay, chairman of the regional labour union, told Reuters by telephone.