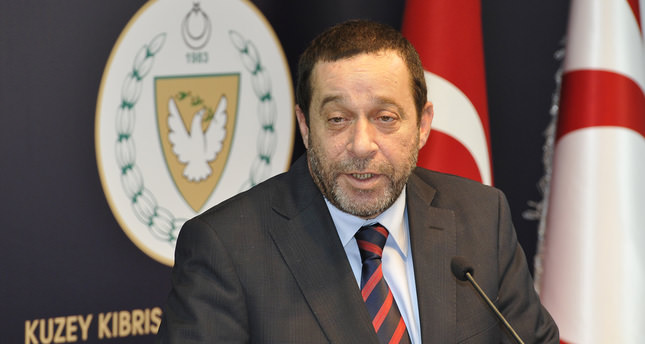 by AA
May 13, 2014 12:00 am
LEFKOŞA, TRNC — Turkey should reconsider its bid to join the European Union, the deputy prime minister of the Turkish Republic of Northern Cyprus Serdar Denktaş has said.

Serdar Denktaş — son of Rauf Denktaş (the founding president of the Turkish Republic of Northern Cyprus), commented on Europe's top human rights court ordering for Turkey to pay compensation to the Greek Cypriot administration for its peace mission in 1974.

According to Denktaş the judgment was passed in order to punish Turkey and to gratify Greek Cypriots and Greece.
Claiming that the European Court of Human Rights' judgment was a politically motivated one, Denktaş said that it cast doubts on to what extent Turkey could trust the EU.

The court on Monday ruled that Turkey was to pay 30 million euros ($41.2 million) in compensation to relatives of those still missing from the conflict and 60 million euros for Greek Cypriots enclosed within Turkish-held Karpas peninsula in the island.

The Turkish administration's foreign ministry on Tuesday claimed that the judgment was 'erroneous' both in terms of content and procedure as "it ignored the fact that the grounds causing the damages have been repaired."

"Were it not for the peace of 1974, Greeks would have slain every Greek Cypriot who opposed them, and the turn would have eventually have come for Turkish Cypriots," Denktaş said.

"Turkish Cypriots' trust in EU institutions had declined ever since the Annan plan, but the latest judgment completely rooted it out," Denktaş said.

A 2004 deal put forward by former UN Secretary General Kofi Annan to reunify the Turkish Cypriot and Greek Cypriot communities was defeated by a 'no' vote in a Cyprus-wide referendum.

In 1974, Turkey launched a peace operation to the island in response to a military coup backed by the junta then ruling Greece against Archbishop Makarios, the first post-colonial Greek Cypriot ruler of the island.

The island has been divided into a Turkish Cypriot administration in the northern third and a Greek Cypriot one in the southern two-thirds since the operation.