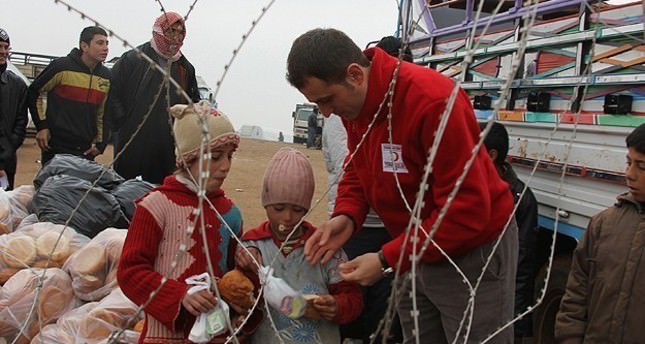 by AA May 15, 2014 12:00 am
SANLIURFA, Turkey — Two doctors who were abducted in Syria were brought to Turkey following their release on Wednesday.

Gert Vergonet from Denmark and Fredslund Scholer from Belgium, who works with Doctors Without Borders in Syria, were received by the Turkish police at the Akcakale bordergate between Turkey and Syria.

The pair are to return to their countries following a health check at Akcakale state hospital.

Vergonet and Scholer were kidnapped in Syria by unknown individuals.