Condolences continue to pour in over Soma disaster 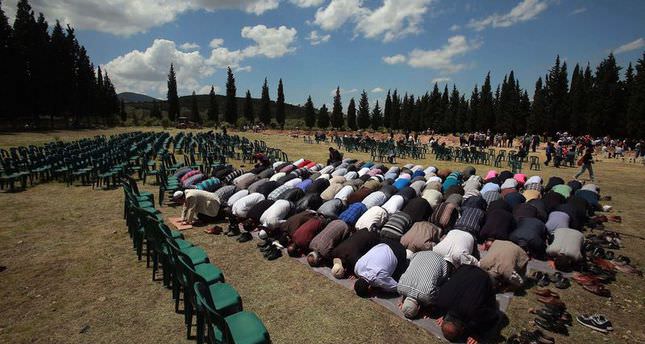 by AA May 16, 2014 12:00 am
ANKARA — Countries around the world have offered their condolences and help to Turkey following the coal mine fire in which 283 workers died.

White House spokesman Jay Carney said on Thursday: "We are ready to assist the Turkish government if necessary, and we will continue to stand together in this time of tragedy."

The leaders of Georgia and Latvia phoned Turkish President Abdullah Gul and expressed their regrets.

The United Nations, European Union and European Parliament have stated that they are ready to help Turkey.

The exact cause of the blast has yet to be officially announced, but it is suspected that the explosion and fire followed an electrical fault.

Turkey has declared three days of national mourning during which flags will fly at half-mast and parliament will be closed in honor of the victims.