Mining company says not culpable, did what was required 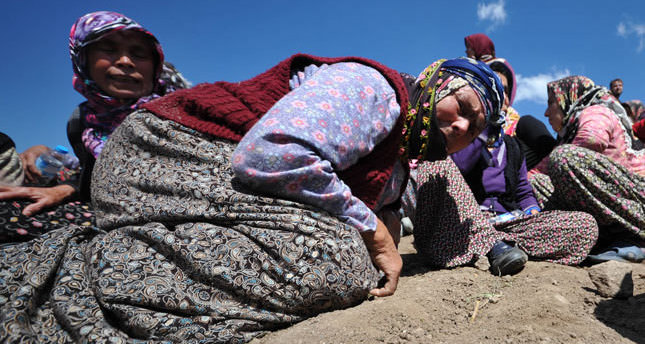 by AA May 16, 2014 12:00 am
MANISA — The company that owns the coal pit that was the site of Turkey's worst mining accident denied Friday that it was negligent, saying it had followed the rules.

Gürkan said safe rooms are not required under Turkey's mining law but his company was constructing one at the mine in Soma, about 230 kilometers south of Istanbul, when Tuesday's explosion and fire occurred.

The company and the government, meanwhile, drastically reduced the number of miners still feared to be in the mine to 18. The number of missing had earlier been put at more than 100. Energy Minister Taner Yildiz said the new number was based on counts by the mine operator and families of the miners.

The death toll rose to 284 as more bodies were recovered. A total of 122 people were in hospital and 363 miners were rescued, Soma Holding said.

The blast was initially blamed on an electrical defect that caused a transformer to explode, but Gürkan and other company officials said the transformer could not be at fault but they still did not know the cause.

"We want to find answers as well," mine manager and engineer Akın Çelik said.

"There was no negligence on our side," he said. "I have worked in mines for 20 years, and I have not witnessed such an incident."

Gürkan defended the mine's safety record, saying, "This mine had the most advanced mining safety procedures and I was very proud and happy with that until now."