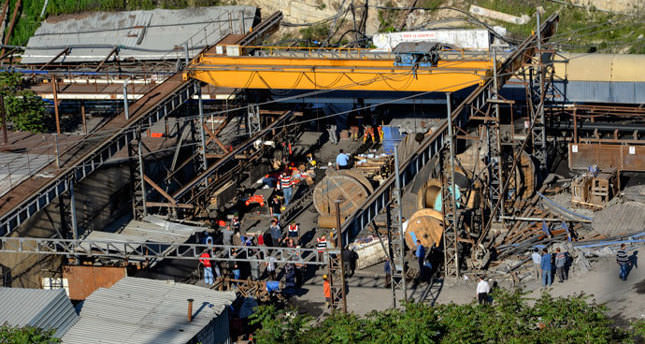 by reuters
May 16, 2014 12:00 am
MANISA — The operator of the Turkish mine in which 284 people died said on Friday a fire had not been linked to an electricity sub-station as some reports initially suggested, but that a build-up of heat had caused a partial collapse.

"It was an unbelievable accident in a place where there have been very few accidents in 30 years," said Soma Holding Chairman Alp Gurkan. "A mine with top level miners, accepted as being the most trustworthy and organized."