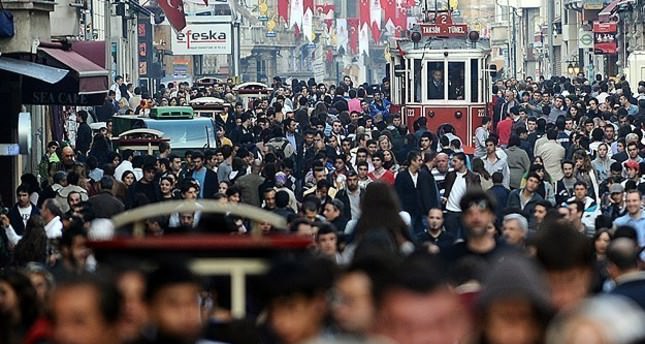 by AA May 16, 2014 12:00 am
ANKARA — Turkey´s young population, which currently constitutes more than 16 percent of the total population, will decrease by nearly 10 percent in the next ten years.

Turkey ranked No.1 in the European Union among the countries with the highest proportion of young in 2013 followed by Southern Cyprus with 15 percent, Iceland with 14.7 percent and Former Yugoslav Republic of Macedonia with 14.6 percent.

51.2 percent of Turkey's young population are young males in the age group between 15-24 and 48.8 percent are young females in the same age bracket.