US a bulwark against Turkey's TTIP exclusion 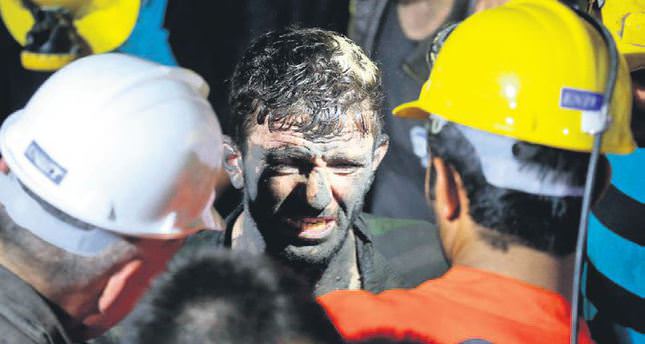 by Begüm Tunakan May 16, 2014 12:00 am
ISTANBUL — Following the coalmine blast on May 13 in the district of Soma in northwestern Turkey, the International Labor Organization's (ILO) general-director expressed his deep condolences to the families of miners killed in the tragic accident. He pointed out in his statement "the paramount importance of occupational safety and health in the mining sector" and the necessity to take some serious measures "in line with international standards" to prevent future mining accidents.

The mining accident that killed more than 280 miners proves that health and safety standards in the Turkish mining industry lead many people to work in a dangerous place with ineffective supervision, lack of safety controls and unsafe working conditions. As recent data indicates, there is no legally binding international contract that puts the mining industry under international control.

The ILO has specified many international standards to put binding states under supervision to provide mine workers with better life and working conditions. The codes of practices developed by the ILO provide guidance to governmental authorities, employers and worker organizations on how to conduct safe mining operations and tools regarding local circumstances and technical possibilities of those contracting countries. The codes prepared by the ILO in Geneva emphasize that it is "not intended to replace national laws or regulations or accepted standards." "Convention 176 of the ILO, under normal conditions, broadens the responsibilities of the government and the employer to the largest extent.

The convention holds the employer accountable even for the faults of third persons. Even though the government states that the current regulation is parallel with the international conventions, this means their responsibilities will increase," said Yunus Emre Şanlı, a Turkish attorney expert in labor law. Other than the ILO mines convention, "Mining, Minerals and Sustainable Development Projects," introduced by the International Council on Mining and Metals proves that a strict procedure has been applied to member countries and companies, including principles, and transparent, accountable reporting practices.

Considering Turkey's safety performance in the mining industry, it can be concluded that among the major mine producing countries, Turkey has faced serious fatal accidents so far. Mineral-extracting industries in Turkey have the highest incident rates. Statistics compiled by the International Labor Organization shows that 1,172 mining deaths were reported in Turkey for 2001-2012. It is essential that technology and safety are the two main factors in providing safe mining operations. According to Turkey's Labor and Social Security Ministry, the mine in Soma where the coalmine blast occurred, had been inspected five times since 2012, including in March of 2014, without violations being detected. Since apparent problems in local regulations and management of the mines have been successfully eliminated by governmental authorities, the latent image proves that existing regulations and control mechanisms over the mining industry are insufficient to provide safe operations. Taking all these circumstance into account, health and safety standards and regulations in Turkey should be improved to prevent further fatal incidents. The legally binding international conventions are expected to enable authorities to develop strategies to take the relevant precautions and eventually improve mining industries in Turkey.

According to government statistics, the explosion and fire at the mine on Tuesday evening in the district of Soma in Manisa province is believed to have followed an electrical fault. The government authorities state that all necessary measures have been taken so far regarding work safety procedures. Yet, there is much more to be done by government authorities to enhance health and safety standards and procedures in the mining industry. Conventions' directives harmonizing with local regulations would be seen as the sole factor
to stop further incidents.
RELATED TOPICS