Foreign Minister: It is time to end Cyprus crysis 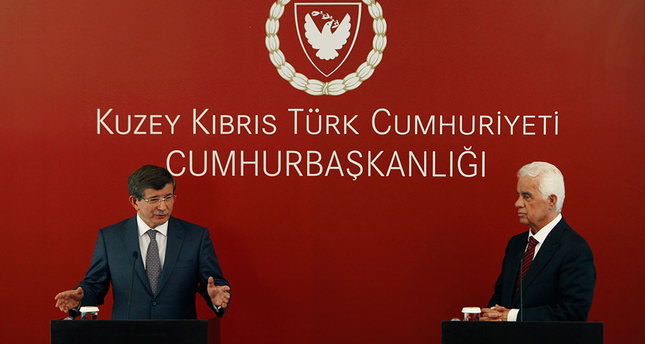 Davutoğlu said that negotiations surrounding a permanent solution to the situation in Cyprus should be accelerated and the leaders should meet more often as it is time to end the crisis that has lasted for more than half century.

U.S. Vice President Joe Biden's visit to the island, the foreign minister added, is an important and positive step as after this step other members of the international community will make begin to create momentum in the search for a solution.

Meanwhile, Eroğlu said "we want to solve the Cyprus issue by taking the necessary steps with Turkey." He continued saying that if the Greek Cypriot side is ready to negotiate, then they are ready.

The government of the Turkish Republic of Northern Cyprus declared two days of national mourning due to the coal mining disaster in Turkey, Eroğlu added.