Turkey and its service to the world's needy 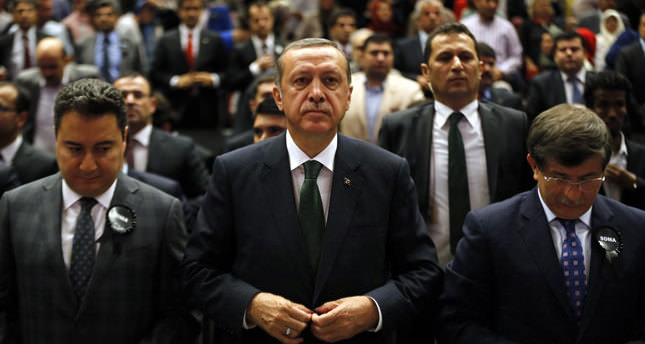 PM says Turkey's willingness to aid the world's oppressed is part of its national tradition and culture, as Turkey marks Youth and Sports Day

ANKARA — Prime Minister Recep Tayyip Erdoğan has hailed Turkey's generosity in aiding the poor around the world as the country marked its Youth and Sports Day in memory of the nation's founder, Mustafa Kemal Atatürk, and the beginning of the Turkish War of Independence.

Speaking at a ceremony to mark different welfare projects carried out by the Turkish Cooperation and Development Agency, Erdogan said on Monday: "The process starting on 19 May, 1919, does not have to be confined to our national borders."

"Turkey has turned from a receiving hand into a giving hand and will continue to help people in need throughout the world, because this is an Ottoman tradition and national culture of the Turks."

He praised Turkish aid agencies for their work in Palestine, Somalia, Georgia and Tunisia and also in Bosnia and Herzegovina, Serbia and Croatia where 44 people lost their lives during the recent flooding across the Balkans.

Erdoğan added: "It is wrong to say that Turkey was left alone during the Liberation War because the sons of Macedonia, Bosnia and Herzegovina, Palestine, Syria and Iraq also sacrificed their lives, fighting side-by-side with our ancestors, and we cannot forget the financial aid sent by the people of Afghanistan, India, Bangladesh and Pakistan at that difficult time."

Turning to the 13 May coal mine tragedy in the town of Soma - the deadliest mining disaster in Turkey's history - in which 301 miners lost their lives, Erdoğan thanked Pakistan especially for declaring a day of mourning and other countries for sharing the nation's pain.

The horrific disaster sparked a wave of grief across Turkey, where nationals continue to mourn the dead.

The cause of the explosion and fire which followed has yet to be determined. The death toll surpassed that of a firedamp explosion which killed 263 miners in Zonguldak in 1992.

Erdoğan also received a delegation of youths, saying: "Our aim is to give the right to elect and be elected to 18-year-old people as in Germany, the Netherlands and other democratic countries."

The May 19th commemoration in Turkey marks the 95th anniversary of founder Ataturk's arrival in the northern city of Samsun from the occupied Ottoman capital of Istanbul in 1919, which prompted the country's war for independence.

Most Turkish territories were at the time occupied by Allied Forces following Turkey's defeat in the First World War in 1918.

Turkey is ready to offer every kind of help to Bosnia and Herzegovina and Serbia, Prime Minister Recep Tayyip Erdogan has told Bosnian and Serbian leaders as Balkan countries face their worst floods in more than a century.

Sources close to the Turkish prime minister told Anadolu Agency on Monday that Erdogan called Bakir Izetbegovic, the Bosniak Member of the Presidency of Bosnia and Herzegovina, and Serbian Prime Minister, Alexander Vucic, to offer assistance and his condolences for the loss of lives.

Balkan leaders thanked the Turkish prime minister for offer and also expressed their condolences for the 301 miners killed in the Soma coal mine disaster last week in western Turkey.

Turkey's Prime Ministry Disaster and Emergency Management Presidency has already sent much-needed materials and equipment for use in search-and-rescue operations including a C-130 cargo aircraft and more than 100,000 sandbags, blankets and generators, the presidency said in a statement.

Meanwhile, Turkey's Cooperation and Coordination Agency and Turkish Red Crescent have also offered their help to the flood-hit countries.

The worst and deadliest floods in the Balkans since rainfall measurements began 120 years ago came after several months of rain fell in only a few days.

The death toll reported by Anadolu Agency teams in the region has risen to 35, while tens of thousands of people have been evacuated in Bosnia-Herzegovina and Serbia, which have called for international assistance.