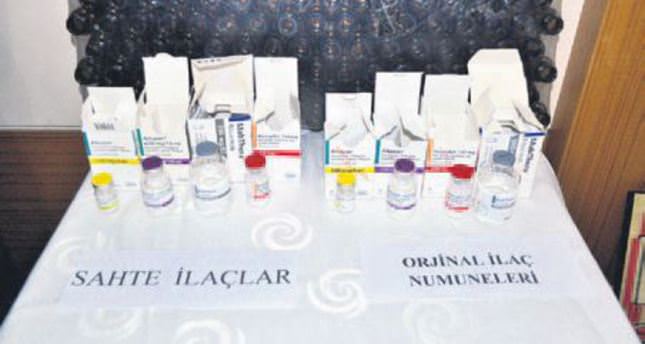 by Daily Sabah May 20, 2014 12:00 am
ISTANBUL — After a two-year operation, Turkish police have arrested two dozen people accused of running a gang that markets fake and expired cancer drugs.

The investigation was launched when a nurse in Istanbul noticed a cancer drug she administered was fake. Two years the operation would appear to be completed.

In December 2013, the police launched raids in nine cities and arrested 70 people in connection with fake drugs with thousands of counterfeits seized.

Among the detainees were doctors who administered the drugs, and owners and employees of a pharmaceutical warehouse.

The police launched a second operation against the gang members who could not be captured in the first operation.

Police confiscated fake drugs, fake prescriptions and forged documents with fabricated signatures of doctors authorized to administer the drugs in the operations.

The investigation revealed that the gang was involved in manufacturing fake drugs and selling drugs that had past their date of expiration, changing expiration dates on the packaging.