Negligence over Soma mine accident to be punished 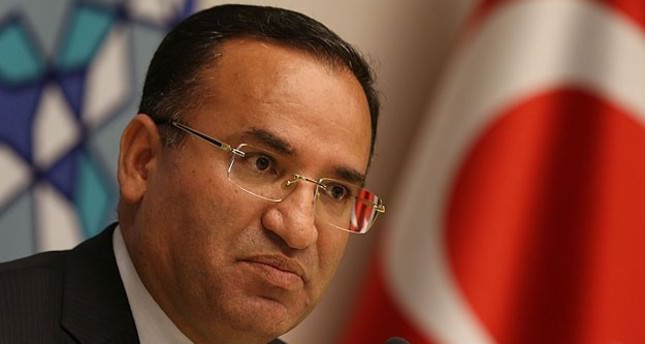 by AA May 20, 2014 12:00 am
ANKARA — With eight arrests being made over the Soma mine disaster, Turkey's Justice Minister says that ''those who are negligent and at fault will receive punishment prescribed by law.''

"Judgment will be made against those who are negligent and at fault in the mining disaster or any other disaster," Bekir Bozdağ said on Tuesday during a speech at the parliament in the Turkish capital, Ankara.

Bozdag reassured that a legal investigation is underway, detentions are being made and inspections by experts are being carried out.

The owner of the mine, Alp Gürkan along with his son and the CEO of the company, Can Gürkan, and the general manager, Ramazan Doğru, were arrested on Monday.

After evidence has been gathered and the examination is complete, an indictment and trial will take place, Bozdağ said.

The Soma mine accident, in which 301 people died, is the deadliest in Turkey's history, surpassing an explosion in Zonguldak in 1992 which killed 263 miners.

Legal work is also being carried out to define the term 'martyrdom' in Turkish law, according to the country's Minister of Family and Social Policies, Ayşenur Islam.

With the intention of declaring those who lost their lives as martyrs, Islam told reporters in the parliament on Tuesday that there is no legal definition of 'martyrdom'. Regulations will now be put in place with the help from current words and terms in the law.