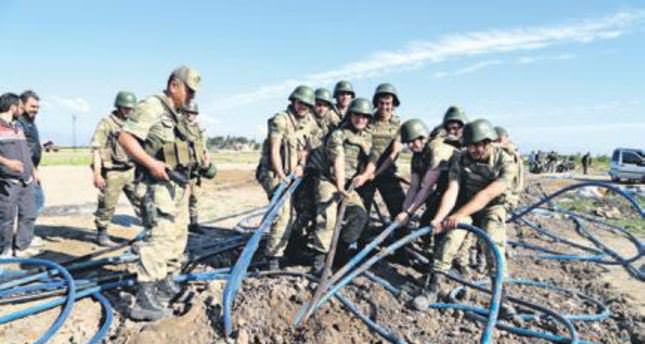 by daily sabah
May 21, 2014 12:00 am
REYHANLI — Turkish security forces yesterday confiscated 50 tons of diesel oil smuggled from Syria in Reyhanlı, a town in southern Turkey bordering with Syria and arrested a public official.

Police and gendarmerie forces launched an operation against fuel smugglers in a neighborhood of Reyhanlı. Eleven suspects were arrested in the operation. Authorities said "a public official" was among the suspects.

Along with diesel oil, security forces seized a makeshift mechanism to pump fuel through the border by secret pipelines.