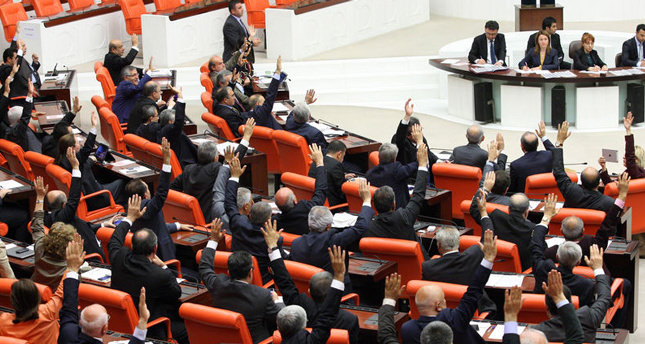 Speaking at his party group meeting, the main opposition Republican People's Party (CHP) leader Kemal Kılıçdaroğlu read the names of 301 people one by one and said: "It is our debt of honor no matter how to claim the rights of victims' orphans, wives, mothers and fathers."

Nationalist Movement Party (MHP) leader Devlet Bahçeli said: "All legal and administrative measures should be taken to prevent mine disasters that might happen in the future."

Bahçeli advised that Soma was one of the biggest workplace accidents in Turkey, and said that "necessary sanctions should be imposed gradually on those who are directly or indirectly involved in the 301 deaths."

"HDP will be a strict follower of such work massacres," said Kürkçü and added whomever is responsible for this, will pay the price.
The disaster was the deadliest mining incident in Turkey's history, surpassing the death toll of a firedamp explosion that killed 263 miners in Zonguldak in 1992.

Turkish Energy Minister Taner Yıldız said 485 miners were rescued from the mine.