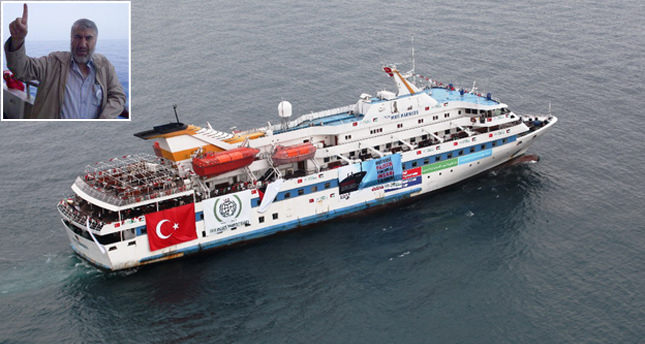 by Daily Sabah May 23, 2014 12:00 am
ANKARA — Uğur Süleyman Söylemez, who was wounded by an Israeli attack on the Mavi Marmara ship and was left in a coma for four years, has passed away at 51 years of age. Söylemez, who was heavily injured by Israeli soldiers, had been in a coma since the incident.

The Mavi Marmara was on its way to bringing humanitarian aid to Gaza in May 2010, when Israeli soldiers raided the ship leaving 9 dead and 30 wounded. The death toll has now reached 10 after Söylemez died in an hospital where he was receiving treatment.