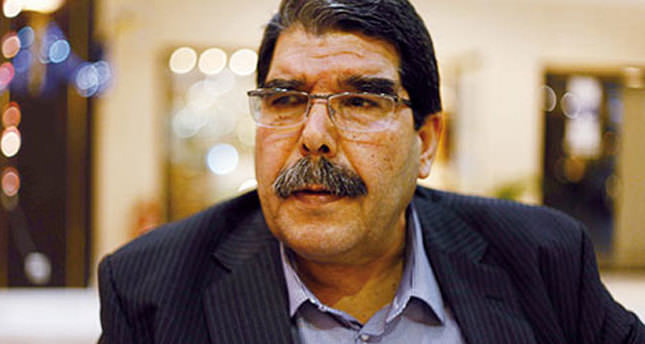 The leader of the Kurdish Democratic Union Party supports the ongoing process to establish peace between the Kurds and Turkey.

LONDON — The leader of the Kurdish Democratic Union Party, Salih Muslim, said that they support the ongoing peace and solution process on Monday, which aims to resolve the Kurdish conflict in Turkey.

Muslim, speaking to Anadolu Agency in London, stated that there is no other way besides the solution process, which began early last year with a ceasefire between the Turkish government and PKK.

Turkey's government then agreed to democratic reforms to empower minorities, particularly the Kurdish minority, which forms 18 percent of the population of Turkey.

"Turkey is important for us. We share 900 kilometers of border," Muslim said.

Discussing the presidential elections scheduled to take place June 3 in Syria, Muslim added that the polls will also not be open in the Kurdish regions.

"We have been living there for thousands of years and we want to live with our own identities in our own territory and at our own accord. That becomes possible only in a democratic Syria," Muslim continued, adding that the civil war means the elections cannot be fair.

"The dictator is still in power...No one could move him," Muslim said, also adding that the West supports the wrong opposition groups in Syria and that the Geneva II process achieved little.

"Everyone was in the process except representatives of the Syrian people and Kurdish issue was not even discussed. Thus, the process was deadlocked."

"We have removed the regime from the Kurdish regions by fighting," Muslim concluded.