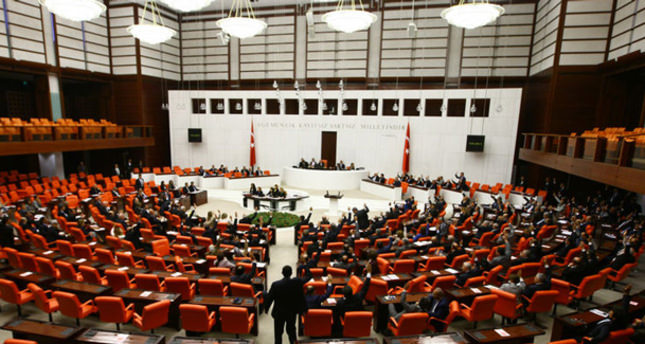 by AA May 26, 2014 12:00 am
ANKARA — The censure motion against Turkish Prime Minister, Recep Tayyip Erdogan over the Soma disaster will be debated on Friday.

A censure motion, proposed by a Turkish opposition party against the prime minister claiming that the Soma coal mine disaster rescue mission of two weeks ago was "conducted irresponsibly", will be debated Friday.

Over three hundred men lost their lives in the Soma coal mine disaster in western Turkey on May 13th.

The proposal put forward by the People's Democratic Party (HDP), is expected to be rejected by the ruling AK Party who has the majority in the General Assembly.

The disaster surpasses the death toll in a 1992 firedamp (a gas that occurs naturally in coal seams) explosion in the mining town of Zonguldak on Turkey's Black Sea coast, in which 263 miners died.

A total of 485 miners were rescued from the Soma mine, Energy Minister Taner Yildiz said.

More than thirty people were detained and eight were arrested in the investigation into the mine disaster so far.