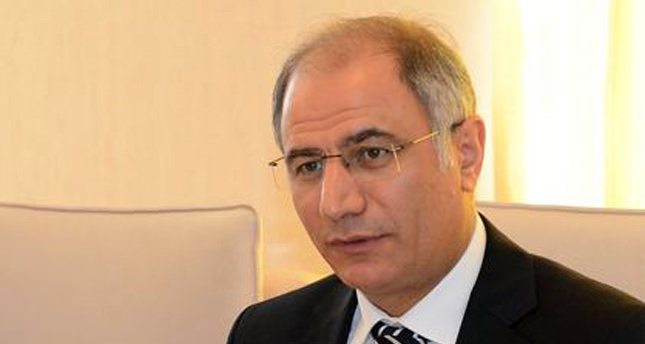 by Daily Sabah May 26, 2014 12:00 am
BAKU — Relationship between Turkey and Azerbaijan is an example to other countries in the region, helping boost self-confidence, Turkey's Interior Minister, Efkan Ala said yesterday on his first official visit to the country after taking office.

Ala met with Azerbaijan's President İlham Aliyev, and the two exchanged opinions on further developing the co-operation between the two countries including fighting terrorism and regional security, before meeting with his Azeri counterpart Ramil Usubov. Ala expressed his happiness with the development and stability in Azerbaijan, and thanked the Azeri administration and people for their sensitivity about the recent mining disaster in western Turkey, which claimed 301 lives.

Usubov said that Azerbaijan went through a very difficult period after gaining its independence from the Soviet Union in 1991, but the threat of a civil war was eliminated during the presidency of Heydar Aliyev, who established stability in the country. Usubov also thanked Turkey for always being by Azerbaijan's side, noting in particular the support of Turkish police and military during the post-independence period. Ala is scheduled to meet with the ministers of Emergencies and National Security later in the day, and the justice minister Tuesday.