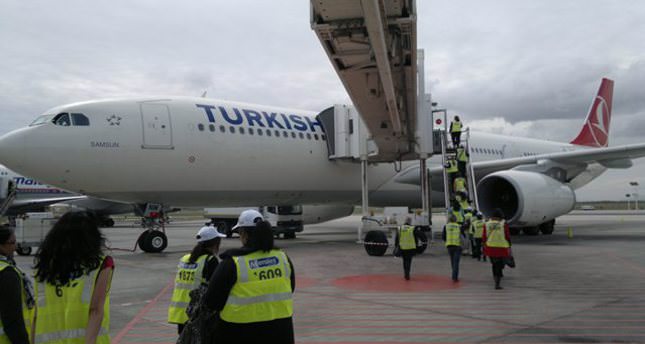 by Daily Sabah May 27, 2014 12:00 am
MOGADISHU — The head of security for Turkish Airlines in Somalia, Saadettin Doğan, was killed in an armed attack in Mogadishu by an unidentified person or persons, Turkey's Ambassador to Somalia Kani Torun announced.

The head of security for Turkish Airlines in Somalia died after being shot in the capital Mogadishu yesterday, the Turkish ambassador to Somalia said.

Turkish Ambassador, Kani Torun told an AA reporter that Turkish Airlines' security chief in Somalia, Saadettin Doğan was attacked by unidentified person or persons on Tuesday and his body will be flown back to Turkey for the funeral once the necessary procedures have been completed. It was reported that Saadettin Doğan, security chief at a company providing services to Turkish Airlines, died after suffering a head wound. The death of a Turkish national in what was the second attack targeting Turks in Mogadishu in less than a year. In July 2013, a car loaded with explosives rammed into an office housing Turkish embassy staff in the Somali capital, killing three people. The attack was claimed by Islamist al Shabaab rebels.
Last Update: May 28, 2014 2:20 am
RELATED TOPICS