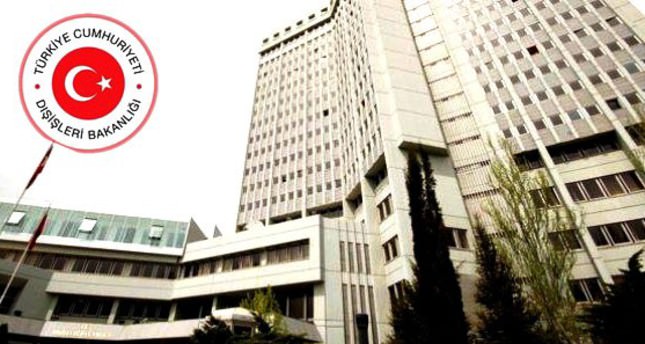 by Anadolu Agency May 27, 2014 12:00 am
ANKARA — Turkey's foreign ministry has advised against non-essential travel to Nigeria and Libya as the security situation in both countries remains unpredictable.

A statement released on the ministry's website on Monday recommended Turkish citizens to avoid travel to Benghazi and Tripoli regions in Libya due to increasingly intense armed clashes since last week.

The ministry also warned of the risks of travel to Nigeria's Adamawa, Borno and Yobe states due to the recent kidnapping events and terrorist actions in the country.

At least 20 people were killed in an attack on a village in Nigeria's restive northern state of Borno on the weekend, while in Benghazi at least two people were killed when missiles were fired at a Libyan special forces army, according to military sources.