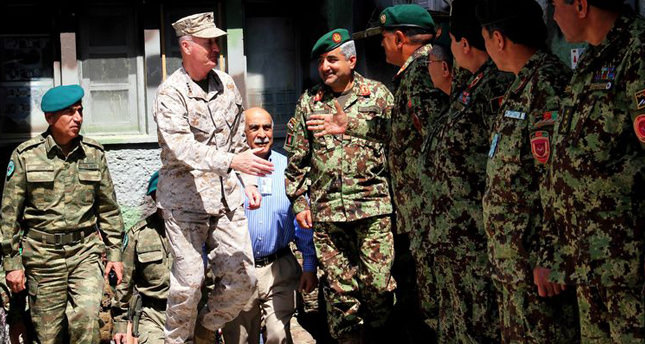 by May 28, 2014 12:00 am
KABUL — The Taliban Wednesday condemned President Barack Obama's announcement that U.S. troops would stay in Afghanistan until the end of 2016.

"Now that Obama has announced that he will keep around 10,000 troops until the end of 2016 and continue their occupation, the Afghanistan Islamic Emirate condemns it and considers it a violation of sovereignty, religion and human rights," said a statement, using the insurgents' name for the country.

"We have always clearly expressed our stance that even if one American soldier is in Afghanistan, it is not acceptable to our nation and Jihad will continue against them."

NATO combat troops are due to withdraw from the country by December, but a residual U.S. force is expected to remain behind for training exercises and counter-terror missions, if both countries sign a long-delayed Bilateral Security Agreement.

Afghanistan's outgoing President Hamid Karzai has refused to sign the agreement, but both of the candidates vying to be his successor in next month's run-off vote – Ashraf Ghani and Abdullah Abdullah – have said they will sign the deal.
Obama announced Tuesday that the 32,000-strong U.S. deployment in Afghanistan would be scaled back to around 9,800 by the start of 2015.

The Taliban insisted U.S. troops should pull out immediately.

"The American leaders should do now what they plan to do two years later...if the Americans really want to free themselves from the Afghan war, they should completely withdraw their soldiers from Afghanistan," the statement said.