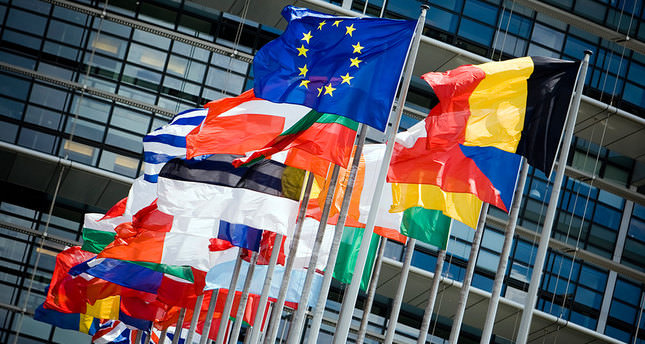 by Anadolu Agency May 29, 2014 12:00 am
ANKARA — The latest European Parliament elections that resulted with the success of the extreme right wing parties in many European countries has worried Turkey, according to a statement from the country's foreign ministry.

"The worries over growing foreign and immigrant hostility had been remarked upon before the elections," the statement said Wednesday.

The ministry also stated that Turkey expects a good evaluation of voter reactions by European institutions and the "necessary measures" taken.

However, the ministry welcomed the inclusion of Turkish-origin members in the Parliament.

The EU-wide vote saw Marine Le Pen´s Front National taking a 25 per cent share of the vote in France. While in Britain, the result for the UK Independence Party, which advocates withdrawal from the EU, was described as a "political earthquake" by its leader Nigel Farage.

The center right European People´s Party is again the largest grouping in the assembly with an estimated 212 seats, or 28.23 per cent of the vote with the Socialists the second largest with 186 seats, or a 24.7 per cent vote share.