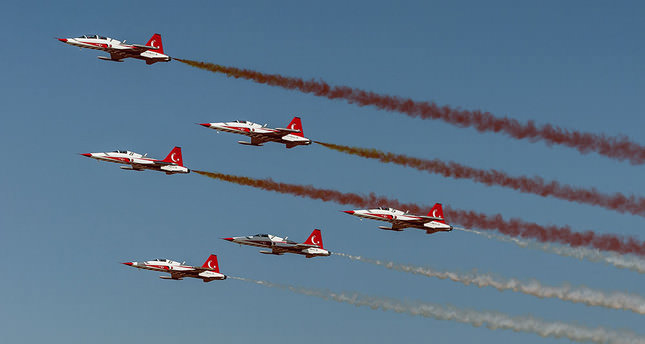 by AA Jun 01, 2014 12:00 am
ANKARA — Turkey's President Abdullah Gül sent a message on Sunday to the commander of the Turkish Air Forces praising the forces on its 103th anniversary for its accomplishments.

Gül stated that the Air Forces with its high sense of duty, modern equipment, education, discipline, leading moves, qualified personnel, information and experience, is one of the most important branches of armed forces.

The president also stated that the Air Forces displayed spectacular accomplishments in both domestic and international duties.
President Gül added that Turkish Air Forces, one of the few with its capabilities, is always prepared for future changes and developments.

Gül also cited the importance of having a strong air force capable and deterrent enough for carrying out all kinds of missions when risks and threats in Turkey's region are considered.

Recent additions of AWACS planes and A400M strategic transport planes were also praised by the President.