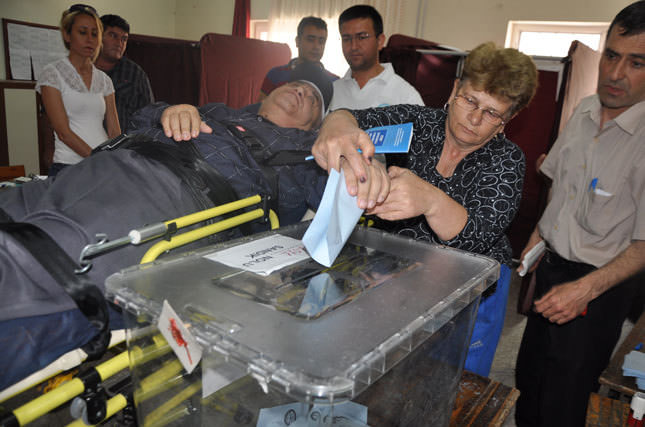 According to the renewed local elections results, BDP has won Ağrı with 51.43% and CHP is leading Yalova with 47.91% of votes. While, AK Party is the runner up in both provinces

After the local elections were cancelled in the provinces of Yalova and Ağrı, including 14 districts, the people entered the voting booths.

The ballots have been counted in the province of Ağrı. BDP candidate, Sırrı Sakık has won with 51.43% and while AK Party's Hasan Arslan came in second with 45% of the votes.

Turkey's ruling AK Party leads in five out of the thirteen localities, where local elections have been repeated after the results there in March 30 elections were declared void by the elections authority.

Early results showed Republican People's Party candidate Vefa Salman winning by a margin of 0.5 percent in Yalova province, with over 99 percent of the votes counted, ahead of AK Party's Yakup Kocal, while Peace and Democracy Party's Sirri Sakik leads in Agri province by 6 percent with close to 95 percent of votes counted in the city.

AK Party Deputy Chairman Abdulhamit Gul said Sunday that they would contest the polls in Yalova, where it appears the victory will be decided by a margin well below 500 votes.

"It's a done deal, we have won the elections," Ince said. "We had also won it the first time around. This is redress."

AK Party's Kocal was declared the winner in March 30 municipal elections by a single vote, but the elections authority annuled his victory after a recount of the votes, which indicated that Salman had won by six votes. The confusion led to the decision to hold a re-run.

The two provinces, Yalova and Agri, account for almost three fourths of the votes cast on Sunday, as over 200,000 citizens were expected to participate.

In a by-election held simultaneously with the re-runs, Hakki Tekin of AK Party won the mayorship of Gomu town of Emirdag district in Afyonkarahisar province.

Republican People's Party also won in a district and a town, with Ishak Gundogan coming first in Mahmudiye district of Eskisehir province and Dursun Uzunca in Astavul town in Corum.